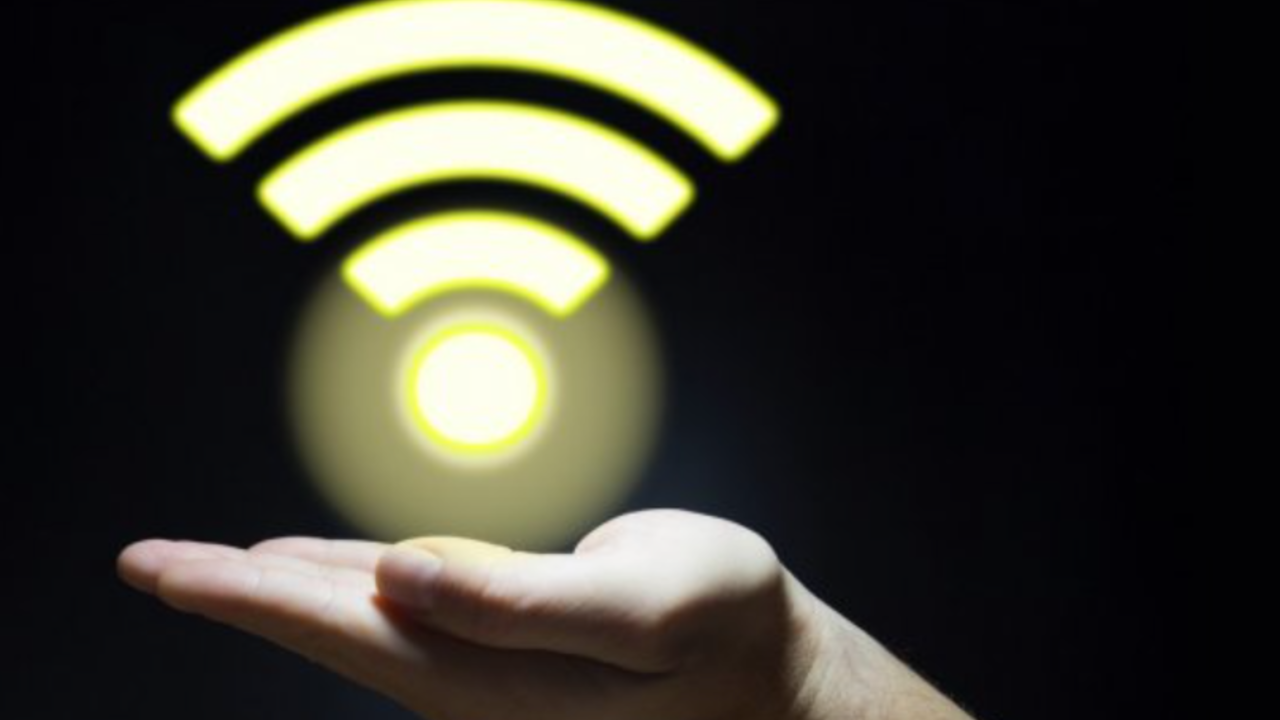 Today I am sharing real-life stories and even more tips you can use to avoid dangerous EMF’s!

Story #1 - One of our clients in Salt Lake City was heartbroken as her son, age 18, had been a straight A student, an Eagle Scout, and was preparing for a Mission.  He suddenly became suicidal, estranged from his family, and was always sick. During our consultation I asked where he was sleeping, and I asked if the Smart Meter was near him…..she literally became sick.  He had moved to the basement 8 months earlier and the Smart Meter was literally inches away from his brain, directly on the opposite side of the headboard.

Story #2 - Our daughter Amy was doing summer sales and became very sick, with constant headaches and bloody noses.  When she called home, we asked where she was sleeping, and right outside of her room, against the wall her bed was on, were 18 or so Smart Meters!   Apartment life. She moved.

Story #3 - A young mother living in a big city struggled to keep her baby clam. Her 18 month old was hyperactive, could not sleep, and got sick often.  I asked when the last time her baby touched the earth - and the mother said it had been 9 months. I asked how many Wi-fi or router signals passed through her crib - 13.  This child needed grounding!

Story #4 - Parents of a sixteen year old with stage 4 bone cancer called.  Their son had been bedridden for 6 months to his bedroom. Over a dozen pulsing frequencies passed though his bedroom and thus through his cancerous bones 24/7. According to research available now for almost 30 years, cancer grows over 1600X faster when exposed to pulsing technology.  The doctor had him drinking chocolate ovaltine - a sugar based drink. We all know cancer thrives on sugar. He died a couple months later.

Story #5 - A young man had severe thyroid issues.  He had fading energy and had a cloud over his head most of the workday. He wore a bluetooth around his neck.   After explaining how close to the surface the thyroid was and how close the bluetooth was, he removed it immediately!  He then started our thyroid protocol and lives happily ever after.

Story #6 - A sweet-as-pie middle age woman had breast cancer.  She was a business lady and used a bluetooth connected to her phone.  The cancer was directly in the area where her phone was kept tucked discreetly in her brazier.  Using many natural methods she was able to beat the cancer and remains cancer free.

Lucky for many of our clients, stories as those above do not end with death.

Grounding is a major “nutrition” tool we use to discharge and balance our body by absorbing the earth’s negative ions. You can ground by simply standing outside barefoot or with cotton, silk or wool socks in the cool damp grass, on rocks, sand; or even go hug a tree! Karen’s favorite! JUST GO STAND OUTSIDE!  I speak on grounding all of the time because it works!

I recommend it for inflammation, pain, dis-ease, EMF exposure, stress, anxiety, drowsiness, and even the common headache is usually gone within 15 minutes!

Some of the top surgeons in the world, exposed to great amounts of high frequencies, stand on grounded stainless-steel plates for 15 minutes when they come home, to discharge and balance. Our staff and family also use the Biomat and other grounding devices when and where appropriate.

FURTHER PRECAUTIONS YOU CAN TAKE: Throw away cordless phones and baby monitors (Oh No! An antenna right by the undeveloped blood brain barrier in the baby’s head!), they are as dangerous as cell phones! Reconsider the wireless security system, smart appliances, and that very tempting Smart House. Replace the microwave with a toaster oven – they work great and everything tastes better! Remove the fluorescent light bulbs and take your mercury filled CFL light bulbs to the nearest approved disposal location and pick up some ol’ incandescent light bulbs. They put off FAR less radiation and are not dangerous if they break! Avoid the wireless mouse, keyboard, printer, etc.  Unplug everything you are not using. Our family also filters our home for dirty electricity using GS Filters. The difference has been amazing!

Ok, two LAST things – if you have heavy metals in the body they make EMF and RF exposure FAR WORSE at the cell level. Revisit the detox chapter of my book and start detoxing soon! And for all those of you who are wanting to reproduce, or have grandchildren someday, please take note that cell phones RADIATE eggs, sperm and the unborn fetus.

In China, pregnant women wear protective aprons protecting their unborn fetus from EMF’s.  Studies show sperm exposed to RF swim in circles, lose permeability and integrity. A girl’s young eggs and ovaries that are exposed to RF can result in birth defects, and reproductive issues when older. Researchers at UCLA found that children born of mothers who used cell phones more frequently during pregnancy showed nearly a two-fold increase in behavioral & emotional problems, as well as hyperactivity by the time they reached school age.

Dr. Huge Taylor MD summarized his study at Yale University “A standard cell phone with a SAR rating of 1.6W/kg was placed atop the cages of pregnant mice for the duration of their pregnancy. Their offspring showed hyperactivity, diminished memory, apathy, impulsiveness, and other behaviors, compared to unexposed controls, mirroring children with ADHD. The severity of the effect depended on the length of exposure.”

Biggest Takeaway: Radio frequencies accumulate over time. They start building up inside of a human body from fetus development on.  In order to negate this, we must ground, shield, spend less time, and distance ourselves from our technology…..TDSN - it is worth it! 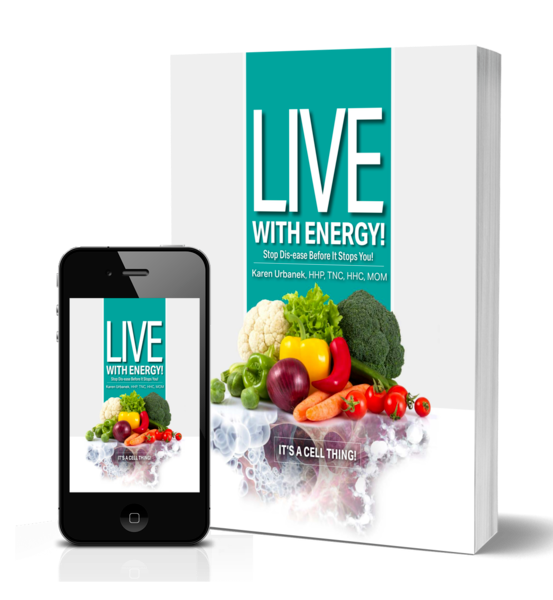 This book is dedicated to every person who believes they are suspect to human frailties, and that aging, sickness, disease, excess weight, and poor libido are just a part of life. That's not how we were designed! You CAN live with energy and stop dis-ease in its tracks - but it all comes down to your cells' environment. This is a book for those who want to understand the science behind natural healing.

I want this resource 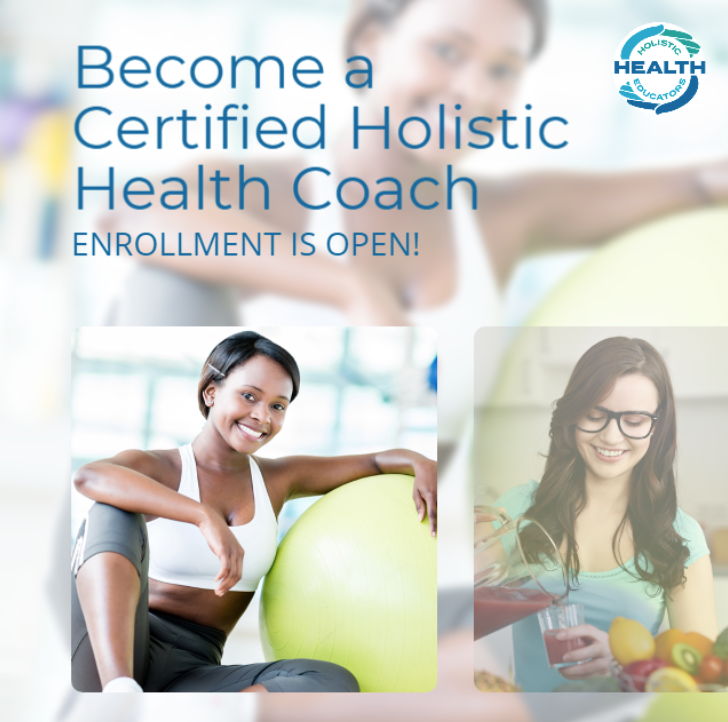 Schedule a Discovery Call / Apply for a Certification Program

The holistic healthcare field is growing exponentially, and there has never been a better time to jump in.